It’s a big one with over 20 edits for you to get stuck into.

Is having a throw line on a belt a good idea?

Many years ago PFDs were produced with rear pockets to accommodate a throw bag. Many of those original bags were a flat envelope type and were pretty compact meaning they would fit in the PFD easily. Unfortunately they didn’t throw that well compared to cylindrical bags, had relatively short lengths of thin rope and repacking could be a nightmare. That said it was better to have one than not at all.

As bags got bigger the PFD designers moved away from incorporating a special pocket into the PFD so most boaters carried the larger cylindrical bag based throw lines in the boat. In the past these bags were often placed behind the seat jammed between the air bags and the backrest (if the boat had one!).

Newer designs of playboats and later river/creek boats incorporated drink bottle bungee cords and they proved to be ideal for holding a small to medium sized throw bag. Newer boats even have dedicated throw line holders.

Fast forward a few years and you now see quite a few paddlers wearing a throw line bag on the waist attached to a dedicated belt often referred to as a rescue belt. This probably stems from a number of whitewater raft guides using the same technique to carry a bag. The advantage of this is that the line is easily at hand and is with you at all times. Even when you may need to leave your boat!

I really like belt systems but not everyone does. I’ve tried a few different belts and throw line combinations over the years. The ones shown in these images represent my current setup. I mix and match depending on where I am off to.

The first was an HF Rescue Pro (Swifty) belt. It’s a dead simple design makes it very easy to use and there is very little bulk. The yellow tape/strap that holds the bag to the belt can be released from either side.

The second belt I tried was the Palm Zambezi belt. This incorporates a facility to carry a throw bag and a small pouch that holds a tow line. The most recent one has been the Palm rescue belt. It’s straight forward designs shares many features with the HF Rescue Pro belt, however the Palm belt is padded and is far more comfortable to wear.

Thr principle on most belts is pretty much the same. The belt itself will have some sort of quick release buckle. Usually this has a pull cord and toggle that makes releasing the belt super easy. Bright colours are often used. In the images within this post the toggle is yellow.

To attach a bag to the belt a smaller band of tape with a quick release buckle is attached to belt. In some cases the quick release is at both ends and in others it is just the one end.

The HF Weasel’s arrangement for the loops is a little bit difficult to thread compared to the Palm Lightning when the bag is done up.

Most modern throw line bags have two loops of tape that allow them to be attached to the belt as shown above. This system is really effective as it keeps the bag secure whilst at the same time being easy to release. In case of a snagging issue the bag or full belt can be quickly released.

I have had bags that have spontaneously eject most of the rope out of the bag, thankfully this has been when I have been bank side but it could have quite easily happened on the water. It is therefore essential that the bag is not over stuffed with rope, that it is packed well and that the means by which the neck is sealed is the best it can be. I personally would not want to use any bag that only had a Velcro based closure system.

This HF system shown above and the Palm magnetic bayonet lock work really well. The HF one shown here is featured on the larger HF bags. Smaller bags such as the HF Weasel have a large metal press stud to keep the bag closed and again works really well.

You also need to consider the size of the throw line bag that you are going to carry on a belt. More rope, thicker rope it all adds weight and bulk. If worn on a belt this can restrict your movement in the boat depending on the bag, where you wear it and the shape of the boat. I tend to where a smaller bag on the belt and carry a larger bag in the boat.

Before going out on the water it is a good idea to try things out including the quick release systems. 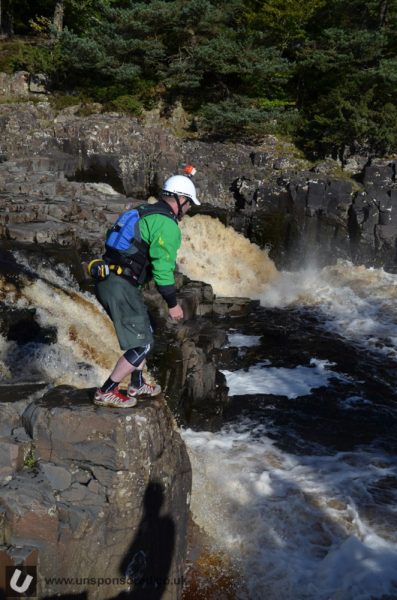 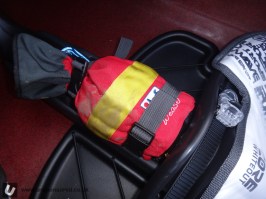 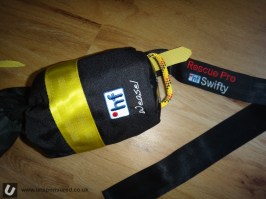 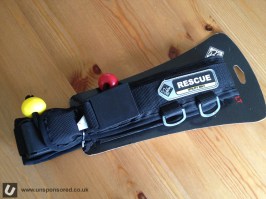 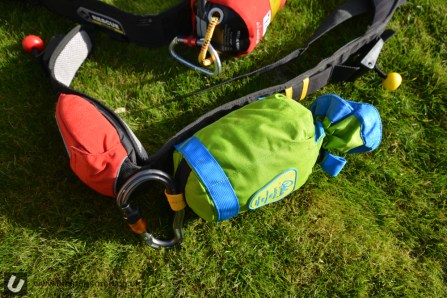 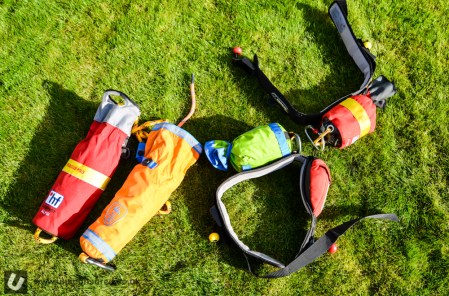 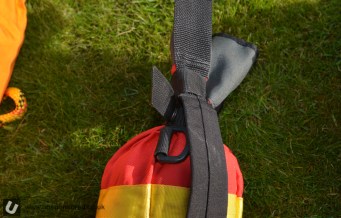 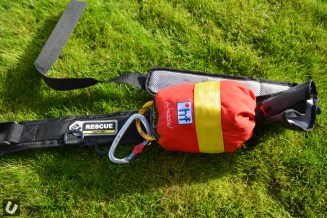 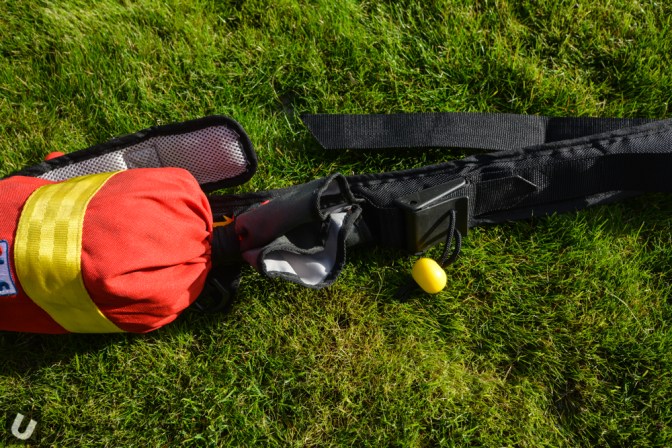 Throw Lines On A Belt – Good Or Bad? Is having a throw line on a belt a good idea? Many years ago PFDs were produced with rear pockets to accommodate a throw bag.

We’ve got the scoop on Predator’s new full face helmet. This helmet as yet as no name.

We have the new Palm Equipment Bolt throwline in for review at Unsponsored HQ. The Bolt is the big brother to the Lightning throwline released last year and replaces the Palm Alpine throwline.

Replace this widget content by going to Appearance / Widgets and dragging widgets into this widget area.

To remove or choose the number of footer widgets, go to Appearance / Customize / Layout / Footer Widgets.